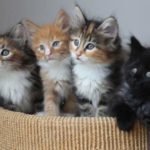 If you can’t get quantitative information in the first hours of a response, record the sex and age of key informants who are providing you with information on the situation, and aim for a broad spread of informants. Other sources could include available programming information, census data, health statistics and household survey data. The result would be a broad snapshot of differences.

2. Update gender analysis: You may have a preconception that gender analysis is difficult—a one-off piece of work produced by gender specialists. Not so.

In an emergency, a gender analysis is likely to be built up progressively over time. To understand the issues, staff, partners and communities collect, identify, examine and analyse information about how gender is affecting people’s needs and capacities, including how the realities, expectations, rights and choices for women differ from those for men. Without this understanding, we cannot be sure that our assumptions about interventions are correct, or that our interventions will be accessible, appropriate and acceptable to our intended groups.

Ideally, gender analysis is integrated into the EPP process as part of CARE’s commitment to understanding the different needs of the communities we work with. But if the analysis has not been done before an emergency response begins, use the rapid gender analysis tool to assess the impact of the humanitarian crisis on women, girls, boys and men, and to inform programming.

The tool will guide teams to start building a picture of gender roles, norms and issues that can be updated over time. Draw on sources such as:

If you have more time and need to do a more detailed gender analysis, refer to CARE’s Good Practices Framework for Gender Analysis. This is a good starting point for teams to identify and explore key gender questions in light of programming priorities, available resources and time. The framework sets out eight core areas of inquiry that examine the key characteristics and dynamics of gender and power relations.

4. Monitor for gender-specific impacts: It’s particularly important to remember that our projects can have unintended consequences—we need to check for these. For example, a project to help older women increase their income may mean that child care falls to school-age girls, which creates a barrier to their education. We need to keep checking on how the situation is changing for all the different sex and age groups—not just for our targets. Build these checks into general monitoring.

5. Prepare a gender action plan: You will need to complete a gender action plan or GAP, which is a requirement to access the ERF. Some donors now also require a GAP. The GAP is a tool to help you prepare and plan for a gender-sensitive response, and ideally would include a wide range of people in its development. You will also need to use assessment information and your gender analysis to design your response so that you address identified issues and make sure that different groups are getting the support they need. The GAP helps you to work through that process. The gender action plan user guide gives more details on how to use the GAP at various points, including during the EPP, at the beginning of a response and during an response review.

The IASC Gender Marker is mandatory for all project proposals submitted under the consolidated appeals process (CAP) and the gender marker scores are publicly available. To support our focus on gender in emergencies, we encourage teams to use the CARE Gender Marker at any of these stages: